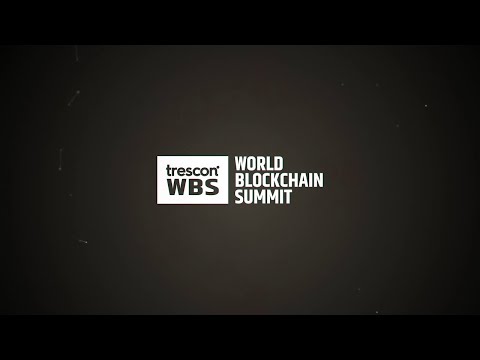 The thread you've been waiting for: BitPredictionLollopalooza 2015. We're still working on the name.

It all started on March the 3rd, 2014. AmericanBitcoin (and before I go much further I'd like to remind him to get his fedora ready) posted this thread question...


He gave his prediction in US Dollars, putting it as $2,150 USD = 1 BTC, and others followed suit.
First of all, our very own tulipfutures made the following bet...


Right now, it's still New Year's Eve in the Americas and very-Western Europe (the UK and Portugal), almost midnight in central Europe, and firmly 2015 in the rest of the world... and it has been at between $310 and $320 for one butt for half a week.
We want video proof of the hat eating.
Make sure the hat wasn't made in China. They probably still use mercury.
"This is all a bit dry and academic", I hear you say, "so how does it look in graph form?" Well, I'm glad you asked.
Graph 1.
This covers the predictions as listed in this thread. Most of the predictions are from that March thread, but a few are from later in the year. Read through that thread for details of who said what and when they said things would happen through the year.
You'll notice two of the predictions, from benjaminsdad and diecakehrower , hit the top of the graph. Did they predict $10,000 per butt each?
Nope. Let's increase the graph's maximum and see where we stand.
Graph 2.
Diecakethrower stops short at the top, simply predicting $32,500 per butt. If you're wondering if he's joking: nope. In this thread from a month ago in the Bitcoin subreddit, he still believes that


Bitcoin will find a way.


It should be noted that rainwater also finds a way to the sea.
You're wondering if benjaminsdad topped out at enough dollars per butt to buy a top of the range 2015 Porsche Boxter and still have money for cake.
Nope.
Graph 3.
Eight million dollars per butt. All the other predictions look like thin slips of paper. Did he predict that one butt could buy this 4-bed, 5-bath pad that's perfect for any fan of Audrey Hepburn?
ONWARDS!
Graph 4.
Eighty million dollars for a butt? That would get you record-breaking residential property in NYC. Surely he stopped at eighty million bucks!
Let's cut to the chase. How much DID benjaminsdad say one butt would be worth right now?
Graph 5.
The exact prediction, in full, was...


A ten-thousandth of China's GDP. China's gross domestic product for the last year was $9.24 trillion dollars and, as you see, they have seen an increase in GDP since the previous year since 1988.
A thousandth of that would be $9.24 billion, but the prediction was for a ten-thousandth. $924 million per butt.
Space Adventures is offering trips to the Moon, including a stay at the ISS, and the whole trip there and back would take around 17 days. All for $150 million, so benjaminsdad would be able to go TO THE MOON six times now and still have $24 million in loose change to show how much a Cap'n Of Industry he is.
Where do we go from here?
Well, not the Moon (obviously). But we do have predictions for the future. Rism (in this thread) told us that...


In two years time this community will be forgotten about, the success of bitcoin will be undeniable and the only people who will remain here will be those with too much pride to realize the error of their ways. This community will be marginalized into a nascent meme used to identify people who aren't intelligent enough to understand the technology of bitcoin. Some of you will become depressed by the fact that you decided to ridicule a emerging technology rather than support it. Over the next two years many of you will peel away and reluctantly join the bitcoin community as the wave of innovation continues.


...and he asks to be reminded in two years.
I have a calendar reminder on my iPhone, and seeing as everything from my 3GS synced up nicely on my 5S, I dare say it'll be there in two years time on whatever version of the iPhone I have. The reminder to make this thread was on there, after all.
One other prediction in this thread had coolcityboy claiming to be sending a message from the year 2025, so his wasn't claiming it to be a prediction. It's claimed to be reporting on historical fact where...


We have gold to mine for YEARS.
Happy new year!!
EDIT - this is where the predictions for the next year roll in. Stand by for action.
1/14/2015 - HurrDurrButtcoin, an account started to post this thread, tells us he / she is going to be laughing his / her butt off (who am I kidding? It's a sausage fest in Bitcoinland, it's a man baby!) when Bitcoin bounces back and is worth at least 3k by the end of the summer. September 23rd, 0821 hours UTC (9.21am British Summer Time, 4.21am Eastern Daylight Time) it is. Thank you for your prediction.

Bitcoincharts is the world's leading provider for financial and technical data related to the Bitcoin network. It provides news, markets, price charts and more. Inspired by the rarity of gold, Bitcoin was designed to have a fixed supply of 21 million coins, over half of which have already been produced. Several early adopters were wise or fortunate enough to earn, buy or mine vast quantities of Bitcoin before it held significant value. The most famous of these is Bitcoin’s creator, Satoshi Nakomoto. This is a very interesting pattern. It follows Bitcoin's price action from the December 2018 bottom until now on the 1W chart. As you see excluding the candles that pushed BTC above the Channel (LIBRA euphoria) and below the Channel (COVID panic), the price follows a fairly well structured Channel Up. To ensure that the value of Bitcoin is not compromised by an infinite supply, Satoshi Nakamoto wrote in a “halving event” that happens every 210,000 blocks. When Bitcoin’s network first began, Bitcoin’s block reward was 50 BTC per block mined. This was halved in 2012, at block #210,000, where the block reward became 25 BTC. The CoinDesk 20 provides real-time prices, news, videos and educational content on the digital assets moving the crypto market, from BTC to TRX.

Bitcoin vs Gold with Peter Schiff

If you had invested $200 in Bitcoin in 2009 what would it be worth compared to investing $200 in Amazon, Facebook or Google. If you wanted to buy an Alabama peach with your Bitcoin how would you ... Published on May 16, 2014 This animation show's the distribution of bitcoin value in the blockchain over it's entire history. Age is determined by all bitcoins associated with a particular public ... The more the network of Bitcoin users and merchants grows, and the more secure and advanced the system becomes, the bigger Bitcoin’s value in USD and other currencies can get. Gold, Bitcoin, and Ethereum as store of value. Real gold vs digital gold and why I hold ETH over BTC Bitcoin. What is WBS? WBS connects global blockchain gurus and technology players in this space including emerging startups – with regional businesses, government aut...