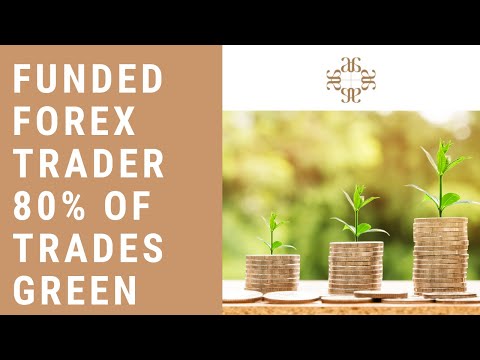 The offshore FX and CFDs broker KONTOFX has its focus on binary trading options. It offers a number of binary assets for trading on an oversimplified trading platform. It also offers maximum leverage of a 1:200. Before considering this broker for trading please follow our scam broker KONTOFX review.

The broker offers binary options of more than 20 cryptocurrencies from popular Bitcoin to Ethereum and many more. The minimum investment of $250 is needed to start trading with KONTOFX. This minimum deposit is in accordance with the current market situation but several regulated brokers provide the same services at the cost of $ 5. The Estonian firm NTMT Transformatic Markets OU is the owner of KONTORFX and the operations are handled by Northside Business Centres located in Hungary. It has also another office located in Moscow, Russia that manages clients outside of the EU. To offer its services in the EU any Estonian firm required to be regulated by Finantsinspektsioon the local Financial Supervision Authority. When checked with Finantsinspektsioon there is no evidence of this broker’s registration.
The terms and conditions section of this brokers mentions that the broker is not bound to process withdrawal requests made by the traders. Meaning that the profits gained by the traders can not be withdrawn. This condition is utter nonsense as traders do trading to earn profit and use them as per their convenience.
The available spread at KONTOFX on bitcoin-us dollar pair is around $170 that is higher. On the contrary, the information on the website talks about low spreads at 0.6 pips. The offered leverage is up to the ratio of 1:200. When tried to test the provided trading platform we came across very few CFDs offered on binary options and not at all on other commodities. This means the broker is advertising itself falsely as the leader in binary and other commodities CFDs providers.
The payments are entertained only with cards and all other means of payments are unavailable. As mentioned earlier this broker does not provide world-leading MetaTrader platform. Instead offers to trade on some unproven web-based terminal. The fact of worry about this broker is, there is warning issued against it by the Financial Conduct Authority, UK.


Is KONTOFX legit or scam?

The offshore broker KONTOFX makes false claims every now and then. The terms and conditions of this broker are very strange. The broker KONTOFX is unregulated and unlicensed and has a high risk of fund loss. All in all this broker can be a potential Forex scam broker. Avoid it for the safety of your investments.

My First Year of Trading

The offshore broker 10CFDS is situated in Belize. It provides many trading instruments, consist of more than forty FX pairs and binary CFDs. The leverage is up to 1:200 and is provided on a web-based trading terminal. However, it's regulatory and license status is not at all promising. If any of you are willing to trade with it, make sure to read this 10CFDS review first.

The broker 10CFDS provides all sorts of trading instruments. It involves forty-six FX pairs viz SD/HKD, USD/MXN, USD/CZK, USD/RUB, USD/SEK, USD/NOK, USD/SGD, USD/PLN, USD/ZAR, USD/TRY, and USD/DKK. It also provides CFDs on natural resources, the farm produces, twenty-four indexes, shares, and cryptocurrencies.
The leverage offered by this broker is 1:200. Many Markets Authority has decided to allow the maximum leverage of 1:30. The broker's offerings miss on the regulator’s directives. The payment can be made by cards, wire transfer, PaySafeCard, Neteller, Skrill, and Western Union. Unfortunately, the broker does not accept payment via bitcoins. To start trading with 10CFDS traders are required to deposit $250 only. This requirement is acceptable but several regulated brokers in the market accept very low initial deposits.
The SPEED SOLUTIONS Ltd is the owner of the 10CFDS trademark and is registered in Belize. The firm claims to be regulated by the local International Financial Services Commission. The client's payments are processed by the Estonian firm named SPEED PAYMENTS OU.
The IFSC does not require strict prerequisites to offer regulation. It also loosely oversees such brokers. Hence there is no guarantee for the safety of funds. All reputed regulators have banned controversial trading bonuses but the broker under consideration offers several bonuses. These bonuses are merged with uncontrolled trading practices such as the requirement of the specified trading volume. If these conditions are not fulfilled, the broker can cancel your trading account, locking invested funds.
Furthermore, the withdrawal process at 10CFDS may take up to 21 working days to be processed. This time frame is lengthy. Also, the withdrawal is charged with a 3.5% service fee, $ 1.5 is charged as a profit clearance fee, and an additional $ 20 is applicable as a monthly maintenance fee. A regulated broker does not have such practices. The provided spread of 3 pips can be seen on EURUSD FX pair while checking the web-based trading platform. This spread is high and attractive but it raises the cost of trading. For higher profit, tighter spreads are anticipated. The broker claims to offer to trade on the MT platform but in reality, it offers some web-based platform.

FOREX.com is a registered FCM and RFED with the CFTC and member of the National Futures Association (NFA # 0339826). Forex trading involves significant risk of loss and is not suitable for all investors. Full Disclosure. Spot Gold and Silver contracts are not subject to regulation under the U.S. Commodity Exchange Act. ouforextrader.com has been informing visitors about topics such as Automatic Trading System, Emini Day Trading System and Simulated Forex Trading. Join thousands of satisfied visitors who discovered Daytrading Strategies, Financial Planning and E Commerce.This domain may be for sale! Beware EasyTrade is a Non-Licensed Broker. It is NOT SAFE to trade. Company name: Tsattleia Trade OU. EasyTrade. Registration Address/ License: Estonia. No License, No Regulation. EasyTrade is a trading name used by the Estonian company that offers a high-tech trading platform and provides a gateway to the world’s top financial markets including CFD trading, currency pairs, stocks Forex Brokers Checklist 1. Regulation. It’s common sense that your account should be safer with the regulated brokers, it’s also clear that The Financial Conduct Authority, FCA (UK) or National Futures Association, NFA (US) are preferred regulators to, say, Vanuatu Financial Services Commission, FSC or self-regulatory bodies like FMRPC.. Unfortunately, the strictest regulation does not Minimum deposit for a new trading account is $250. Mobile apps were not available at the time of this review. 4XFX Not Licensed. When the Scam Broker Investigator reviews a Forex or Crypto broker, we check if they are a scam or legitimate broker, by looking for a valid government license. Brokers must be licensed by ASIC Australia or FCA United

Hey guys this is the lifestyle of a day trader who doesn't sell signals, courses or etc. This is me just going about my day as usual, I hope you enjoy and this shows you guys that Forex can ... TradersWay Review for 2020 serious traders Must Read! Trader's Way is a no dealing desk/STP Forex broker that provides traders with a range of interesting trading opportunities. Trading is NOT easy and it’s NOT a get rich quick scheme! Until you understand that point, you’ll never make it as a trader! If you have a gambling mentality, you’ll always struggle in trading. forex trading books If you intend on participating in Forex trading, a great thing to remember is to always confirm yourself prior to making a trade. Most of us make negligent mistakes from time ... Forex Proprietary Trading Funded Trading Account : AudaCity Capital has a world-renowned reputation for funding and backing profitable traders. If you have the talent and know how, we will provide ...