How to explain Bitcoin to your grandmother 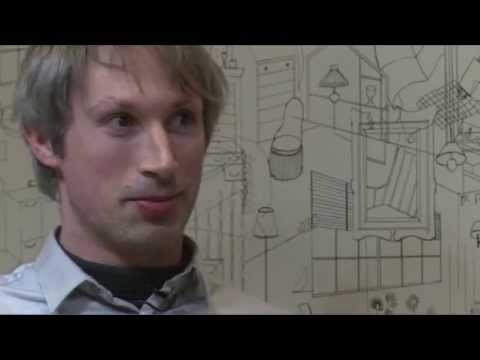 Diary of a Douchebag: FC does a gun show, Part 2.

In The City Of Meatbot-Powered Killers (part 4)

Table of Contents.
Part 3.
I hit the dark web for a few minutes, burned a couple of Bitcoin for a block of stolen credit card numbers, and searched for what the hell just happened downtown.
While I took a couple of the platinum card accounts to activate some of my burner phones (their fraud support will save them some charges, and I'll still have some prepaid phones to work with), I digested what the Army and Air National Guard just did.
 (*26 hours ago, in RQZ HQ...)


Col. {Jones}, HQ "Six" (HQ6): This is Six, go ahead, sir.
Adjutant General, New York National Guard (AGNY): This operation is strictly need-to-know now, Six. It has been designated "Top Secret: Compartmentalized" at the highest levels, and the code name attached is "Glass Chipmunk."
HQ6: What the... who comes up with this shit... uh, sir?
AGNY: Some spook at the NSA. More time on their hands than sense.
HQ6: Yes, sir.


(Side note: The reason top secret stuff gets odd code-names is because they are words you would not accidentally say in a normal conversation. Try to work "Glass Chipmunk" into a sentence without sounding like you're crazy. It *might** work with someone with a curio collection... sort of like Alpine Shepherd Boy... but otherwise, you will stand out.*)


AGNY: How is the perimeter?
HQ6: Solid, sir. Nothing is getting out of there. We've had a few... anomalies, but no breaches.
AGNY: "Anomalies?"
HQ6: Well... it appears that the mad scientists' little toys don't hole up well in non-humans. We've had some animals come to the wire and just melt. The larger ones, we need to put down... have you ever tried shooting a cat and her kittens? They melted, too.
AGNY: I'll arrange to get some more men rotated in. Things like that obliterate morale.
HQ6: Thank you, sir... but we need a longer-term solution to this. We've gotten lucky, so far, in that only a few infected have tried to hit us. Tracers work well, so we've taken to loading all of our SAWs with nothing else. If they hit us in anything larger than 3 or 4 at a time, we're gonna get overrun in a heartbeat and a half, and you'll have a lot more than a city's worth of these things to worry about.
AGNY: Roger that, Six. I gotta tell ya, Tom... I've never thought, not even once, that we'd be talking about bombing American citizens.
HQ6: Roger that, Six. Voting demographic will definitely shift.
AGNY: Are you suggesting...
HQ6: No, sir. Just a bit of gallows' humor. Whistling in the graveyard, as it were.
AGNY: How about our reluctant big-brain?
HQ6: Still no sign of him. We lost him during his move towards the campus. We think he's in the Advanced Research Labs facility on campus, but we're not sure enough to risk an extraction team in a hostile-heavy area of the city.
AGNY: We have a good set-up on the plaza. Give the green light for the Reaper to launch. You are covered.
HQ6: That's an order?
AGNY: Direct order, Tom. Take solace in the fact that it's an act of mercy for the poor bastards.
HQ6: Yes, sir.


Reaper drone pilot, designated RD-3: On station, awaiting instructions.
HQ6: What's your load, RD-3:
RD-3: I have 4 Hellfires, sir. I see the target, awaiting order.
HQ6: You've been briefed as to the situation?
RD-3: Yes, sir. Glass Chipmunk. (almost inaudible chuckle)
HQ6: Right. When you have the target locked, you are cleared to engage.
RD-3: Order received. Lightin' em up.

Video footage from RD-3
It's daytime, timestamp on the video is 1106. Wide shot of a square plaza surrounded by concrete and glass buildings, in a Brutalist architectural style.
In the plaza is a large, pulsating mass of bodies, covered in dirt, rags, dried "blood" (in reality, it's mostly meatbots at this point), sweat, and strips of dried flesh.
A fountain in the center has kept these people hydrated since the outbreak. It has allowed this... gathering... to continue unabated.
"Gathering" is too weak a word. It's like a Roman orgy crossed with Cannibal Holocaust or Green Inferno.
The weakest have either stayed at the fringes and devoured what scraps they can, knowing that they have no chance at survival in the main body, or threw themselves in early, were torn to shreds and eaten whole, in order to kill the all-consuming hunger driving them.
The strongest have formed a horrific symbiosis, tearing chunks off of each other, letting chunks get torn from them, then healing enough to repeat the process. The looks of pain when injured are almost indistinguishable from the looks of rapture when they devour a neighbor.
There is no "sex," per se. Hunger has replaced sexual desire. If anything, the erogenous zones seem to be the most targeted areas for consumption... and since they grow back, they get targeted a lot.
I don't want to look. I want to make a bad joke about oral sex and fix myself a bottle of rum. Better still, a keg.
I look anyway.
At 1113, a missile tears into a fuel truck abandoned at the east end of the plaza. The angle is perfect: flaming kerosene or diesel splashes over the crowd, and thick clouds of boiling black smoke quickly fill the space.
Some of the (un)lucky few who escaped the initial blast run away.
Most, either sensing a well-cooked meal or realizing this will end the agonizing hunger, dive into the center of the holocaust.
In one strike, the National Guard have eliminated about 3/4 of the population of [REDACTED].
 I've been working frantically for the past day, trying to find a way to protect myself from possible infection. I can't think "if" anymore: those idiots out there will see me at some point and launch an extraction. I've seen enough horror movies to know how catastrophically it will fail, and how likely I will be to have highly-trained, inhibition-impaired, hungry, rapid-healing killers at my door.
Yes, I'm a pessimist.
 I know now how we got to this point, and I have the entire sequence ciphered out. My meatbots were part of a power struggle within the group, and were weaponized purely by circumstance.
First, Dr. A. He got in to the GATACA compiler and dropped his little brain bomb in the code. Hidden in the "comments" in the DNA (we had plenty of space to put messages in the DNA, and did so frequently to explain why Sequence 8c, for example, was written to repair a long muscle in a certain manner, rather than another) was his excuse:


Dr. A: By the time you read this, you will no longer head this project. If I can strike quickly and "prove" that you bungled the neuro programming, I can capitalize and run this program as I see fit. Some people aren't worth saving. Others should be reprogrammed for the greater good.


Dr. B followed this up by checking out the endocrine codes and cranking hunger to 1000. His excuse:


Dr. B: Need more. We can fund this by selling the old versions on the black market, and keep the excess for ourselves.


MrRobot !!” tweeted another. Yet as the Robin Hood group attack

Bitcoin tx fee from 9/26/18 - 3/26/19 from https://bitcoinfees.info/ 3. Avg. Achieve fast, low-latency transactions with guaranteed finality in seconds, not minutes or hours. Hedera is an order of magnitude faster than blockchain alternatives. FAIR. Count on fair access, timestamps, and transaction ordering that can't be manipulated by On average it takes 10 minutes for new transactions to be validated and included into a block. This means that if you make a bitcoin payment, you'll have to wait for a little while before the payment is confirmed and embedded into the blockchain record; 14) Granny looks puzzled. Real Time Equities Settlement will change the global capital markets beyond recognition, impacting every player in the ecosystem. For long a technological pipedream, Real Time Equities Settlement is nudging closer to reality thanks to Blockchain technology. In this research note, we look at the progress being made by two established exchanges (NASDAQ and ASX) and one startup (T0). […] It has reached the point that a big percentage of stories in the financial news and questions in Mr. Money Mustache’s email inbox are about whether or not we should all ‘invest’ in BitCoin. We’ll start with the answer: No, you should not invest in Bitcoin. The reason is that it’s not an investment. Just like gold, tulip bulbs, Beanie BTC/USD bulls took back control in the early hours of Tuesday as the price went up from $9,162.22 to $9,170.15. This followed a bearish Monday wherein the price fell below the $9,200 level.

What The Hell is A Bitcoin? Explained

In this video, I explain what Bitcoin is in 55 seconds. short, simple, and straight to the point. If you guys enjoyed please Like, Comment, Subscribe, and share it with a friend who you think ... BITCOIN COULD SUDDENLY DUMP TO THIS PRICE DUE TO THIS RARE PATTERN (btc market prediction news today - Duration: 35:54. Crypto Crew University 26,427 views 35:54 A short video looking at 'Bitcoin', a decentralized digital currency. This is a self funded personal project, If you would like to make a Bitcoin donation for the video, please do so to ... Baffled by bitcoin? Confused by the concept of crypto-currencies? Well, fear no more. In 190 seconds we explain what bitcoin actually is, where the idea came from and the impact it's having around ... Bitcoin is a hell-of-a-currency. But what exactly is it? ... Bitcoin explained and made simple ... Does Raising Minimum Wage Help or Hurt You in 6 Minutes - Duration: 6:23. Thought Monkey 17,604 ...