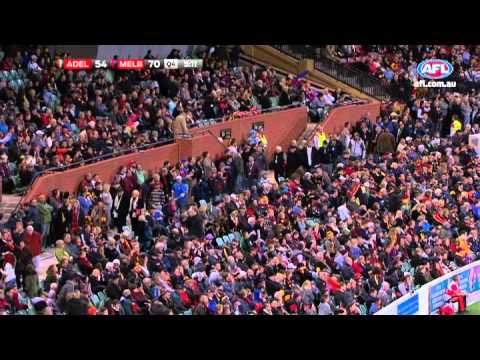 For all things AFL betting

Putting an asterisk on every VFL/AFL premiership ever

Recently there's been a bit of a debate around the traps concerning this 2020 season and whether or not the eventual premiership should have an asterisk next to it. And that's a silly debate, because of course every VFL/AFL premiership ever can have an asterisk next to it. Just pick and choose the asterisks that you personally believe should exist:

Five of the most unexpected results in AFL History.

Five/Six*.
As an ‘offseason’ post since we don’t have a lot going on I thought I’d contribute today with a list of some unexpected AFL results, now what I won’t be looking at is the biggest upsets in history, instead I’ll be looking at some results that happened that nobody could have predicted at all, primarily in regards to scoreboard differential. If this post gets enough interest I’ll make a part 2.

Both teams had similarly great starts to the season and were looking to cement themselves in the top 8, Richmond were the betting favourite but with the game at St Kilda's home ground it was expected to be a tight contest between evenly matched teams. What wasn't expected was for St Kilda to absolutely dominate proceedings and take a 92-10 halftime lead. 11 Saints players kicked a goal in the first half in an utter domination. The final score was 138-71, A 67 point win for the Saints who played a conservative second half. This win was St Kilda's 4th in a row and they looked likely to make finals at 9-6, but both teams seasons went in opposite directions after this match. St Kilda finished just 2-5 to end home and away season while Richmond finished 6-1 to end the home and away season before going 3-0 in September, winning each game by over 6 goals (combined 135 points) to win the premiership.

Two teams on completely opposite ends of the ladder clashed in this contest and the result was nothing even the most confident of Saints fans could've tipped. The Saints had only kicked 3 goals the week prior while Fremantle were coming off a 21 goal game in a huge 75+ point win. Despite injuries to Sandilands, Walters and Hill the Dockers were expected to record an easy win against a struggling opponent but they didn't deliver. In shocking fashion nothing worked for Freo as St Kilda kicked the first 4 goals and never looked like losing. The margin ballooned out to 75 points before some garbage time goals for Freo saw the final score of 118-60. Interestingly this game wasn’t even a sign of improvement for Saints as the win was their only victory in a brutal 18 game stretch while the Dockers would go on to win 12 of their next 15 games after this debacle. A true anomaly in every sense of the word.

Everything leading into this clash suggested an easy victory for a red hot Adelaide Crows that had started 6-0 in 2017. The Roos had started 0-5 in 2017 before a close win against the Suns in comparison. However, aided with a strong breeze across the ground, when the two teams clashed in Hobart, North Melbourne came out strong with all their running. In one of the most unexpected first quarter performances in recent history the underdogs jumped out to a 64-0 quarter time lead. Jarrad Waite led the way for North with 3 goals in the opening stanza and finished with 6 as a terrific Adelaide team was left shell shocked in an 86-145 loss. The victory was a mini turning point for a North team that would go 4-1 in the next month but they finished the season with just 6 wins. For Adelaide it was a minor hurdle as they went on to secure the minor premiership and make their first grand final in about two decades.
 West Coast vs Adelaide, Rd 17 2006
 A game advertised as a potential grand final preview ended as a profound statement when the Eagles and Crows clashed late in the 2006 season. Adelaide had won 8 straight matches and had only lost by a combined 5 points in two games so far for the year, but faced a tough task against a surging Eagles team at their dominant home fortress. The 2005 grand final runner ups came out with a point to prove and after kicking the first 5 goals of the match they never looked challenged. The Eagles midfield was sublime with Cousins (38/2 goals), Kerr (34/2 goals) and Judd (21/3 goals) having a field day. The final score of 165-83 reflecting the demolition in a signature West Coast victory. The tough loss was the start of a downward spiral for the Crows who finished the year 3-5, while the Eagles would go on to win 8 of their next 10 games including a prelim victory over Adelaide and their 3rd flag in club history.
 1995 Carlton Round 8 vs Sydney and Round 9 vs St Kilda.
 In a classic situation of dominant team vs bad team the Blues were expected to continue their winning form with a big victory over a team that been the joke of the competition for the large part of the 90s. However Carlton didn't fire a shot and after trailing at halftime by just 10 they found themselves facing a 57 point deficit at halftime. There was no fight back by Carlton in this match however and an 8 goal haul by Tony Lockett saw the Swans home by a score of 132-60, a 72 point victory. It was a great sign for an improving Swans team but many saw it as an anomaly and expected Carlton to bounce back the next week...
This was time for Carlton to bounce back like a champion team does, after a bad loss the weak prior they should have been out to destroy the opposition. After all it was a clash of first on the ladder. Shockingly despite how bad the previous game was Carlton managed to do even worse. After 3 quarters of play the Blues had just 11 points on the board in total. Losing By 10 goals and having scored just 11 points in the first 3 quarters. The final score of 80-24 saw Carlton lose consecutive games to bad teams by big margins and the critics were having their say. Had the Blues peaked to early at 7-0?
Well It's safe to say that they hadn't.
Following these two big losses they didn’t lose at all for the rest of the season. They won 18 consecutive games overall (including 1996). That stretch of 18 straight featured a 10 goal preliminary final win against North Melbourne and a 10 goal grand final win against Geelong culminating in an AFL premiership for the famous club.

After our incredible journey on the 5 day cricket test match, I would completely understand if you didn't want to put yourself through the emotional rollercoaster again. I wouldn't post on here unless I had done some research and determined that I really liked this bet. I'll preface the write-up by saying that this is no "lock of the century," but I do think the bookies have underrated this severely. I will explain my reasoning below.
​
Format:
(1) The pick
(2) The odds + bookmakers
(3) Reasons why this bet could LOSE
(4) Reasons why I really like this bet
(5) TLDR
​
(1)
Giannis Antetokounmpo to lead the 2019 FIBA World in total points scored
​
(2)
I got in at 5.00 (decimal)/ +400 American on Bet365, however, regrettably this has gone down to 4.5/ +350.
On other Aussie bookmakers, you can fetch:
I'm sure my international friends can find comparable odds at your respective betting sites.
​
(3)
It's always important to consider how the bet can fall apart. Only considering the positives lends itself to making biased decisions, nit-picking only the information which helps your argument. So, here's where things can go wrong:
​
(4)
These are the reasons why I think this bet is tremendous value, with the final point being the real kicker.
(5)
TLDR: Bet on Giannis Antetokounmpo to lead the 2019 FIBA World in total points scored at odds of about 4.5/ +350 because the changed format means that it is very likely Greece will play the maximum of 8 games, and if that comes to fruition, Giannis will be the overwhelming favourite to outscore everyone else.
​
EDIT: There is also a classification round for teams 9-16 and 17-32, but I do not know if these games will count towards the official tournament statistics. If they do, then I think this bet is even better, but I am not relying on it. If anyone knows the answer I'm keen to hear.

Checking in on the former Giants from the last 4 years

Astros Takeover: There are literally dozens of us! Dozens!

Since losing the World Series in 2005 to the White Sox, the Astros have been on a steady downward trend. 2014 was the first year with clear signs of improvement in a decade, as they improved 19 games over their 2013 record.

These are the full highlights of the GWS Giants vs Port Adelaide game from the 2014 AFL Premiership Season. These highlights include mainly Port Adelaide Highlights. Please like and subscribe for ... Pre-Season Documentary: All Aboard the Bus - Duration: 18:05. Collingwood Football Club 68,078 views. ... 2014 AFL Draft stars' trick shot challenge - Duration: 2:50. AFL 435,457 views. The official YouTube channel of the Australian Football League Lyon and Barrett on the 2014 for GWS and what they need. For more video, head to http://afl.com.au. Today we discuss how I managed to get banned from sports betting, but we also discuss how to implement arbitrage betting strategies to make you money! Arbitr...