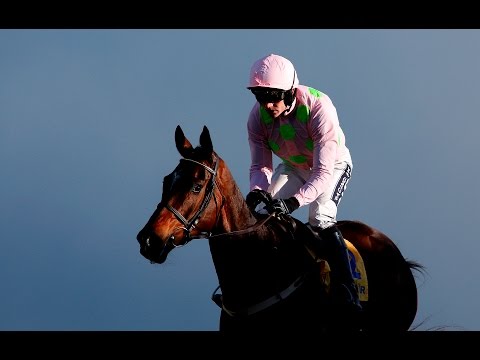 Also available at my blog. We're currently losing to the tune of 6.525pts (represents a -14.2% ROI) but it's early days yet - I've only tipped at three meetings.
https://valueburglar.wordpress.com/2019/04/03/aintree-gn-festival-2019-day-one-tips/
Uttoxeter provided a lovely bit of profit with Poker Play slamming home at 25/1 for… Well, probably just for me, as you’d have been mad to follow me on the back of Cheltenham. Here are a couple of mini thoughts ahead of the first day at Aintree – though, of course, the Big One is what it’s all about:
1.45 – La Bague Au Roi @ 13/8 – 2pts win. She gets 7lbs and Greatrex swerved Cheltenham with Aintree always as the plan. I can’t help but think she’s the most likely winner and I’m happy to be an unimaginative favourite back for once. Kalashnikov and Glen Forsa weren’t as tidy as many seem to think over the Arkle before the URs, so I’m happy to take them on.
2.20 – Christopher Wood @ 12/1 – 0.5pts e/w (Betfair and Paddy Power, 1/5 1-3). With nine runners and three places in this race, we’ve got near-optimal value thievery, and Christopher Wood is similar in some respects to Pentland Hills in terms of exposure before the latter’s Triumph victory (marred, of course, by the devastating fatality of Sir Erec). He can only beat what’s against him, and did so very well the last twice, so can definitely come on and take a chunk out of one of the top three – most likely Fakir D’Oudairies in the market.
2.50 – Kemboy @ 5/2 – 2pts win (Bet365, Sky Bet and others). He’s essentially fresh after unseating at the first in the Gold Cup (easily excused as tight for room), and the more I look back at his Leopardstown win at Christmas, the more I like his chances. The price is probably fair, but again, I’m happy to be unimaginative.
3.25 – no bet. Buveur D’Air should win this. Maybe Silver Streak can be admirable in defeat again, but this isn’t really a race for me, despite Silver Streak, Summerville Boy and Brain Power all offering each way scumbaggery options.
4.05 – Seefood @ 16/1 – 0.5pts e/w (Ladbrokes, PP, Coral, 1/5 1-5). A very open race in which I think Road to Rome is definitely the most likely winner, but the odds are prohibitive. As with all double figure priced shots, we have risks attached here, but he knows the fences and won last time out, so worth a shot with five places paid.
4.40 – Lady Buttons @ 8/1 – 1pt win (365, PP, Betfair and others), and Movie Legend @ 16/1 – 0.5pts e/w (SkyBet, Hills, PP etc – 1/5 1-5). I think 8s is a fair price for Lady Buttons, who’s really likeable and has run very very well over all obstacles this season. Movie Legend looks potentially progressive though this demands more, but he’s been incredibly consistent and I hope that can continue.

Whether you’re looking for Cheltenham betting , Cheltenham Gold Cup Antepost Odds , Grand National betting, Arkle Chase , Cheltenham Champion Bumper , Derby or daily racing betting, we have all the markets you need. We also price major races well in advance, meaning you can always view the latest future racing odds online, such as the 2000 Long Run proof Grands Crus is no banker for Paddy Power Gold Cup Long Run couldn’t win in 2010 off 158 and raced off a lower weight on the day Now or never time for Grands Crus in Paddy Power Gold Cup Just like you would find on Oddschecker, on the Timeform odds grid for the Gold Cup you will find the best betting odds from the top online bookmakers such as Paddy Power, Betfair, BetVictor, William Hill, Betway, and 888 Sport.Once you find the best odds, simply click or tap and you will be taken away to that bookmaker site to place your bet. Paddy Power goes deep with each horse racing event. For Cheltenham, the sportsbook has markets for 27 races. Gold Cup betting, Stayers Hurdle Betting and Foxhunt Chase are all opportunities for punters to benefit from Paddy Power odds. The sportsbook is known n for pricing their markets far in advance. The Cheltenham Gold Cup didn't fail to disappoint with a cracking race Cheltenham Gold Cup result: Full finishing order, odds, tricast and forecast To help personalise content, tailor your experience and help us improve our services, Paddy Power uses cookies.