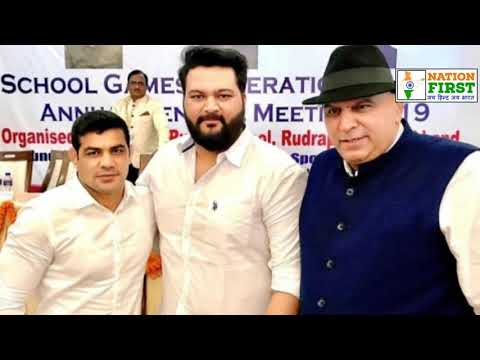 I think I got McDojo'd

Tl;Dr - I got stiffed by a McDojo and found a better school that will actually push you.
Here’s my experiences in my first year of learning a martial art.
I’ve always wanted to learn a martial art and I figured that it was something I could do with my kids.
I started shopping around locally for schools. I didn’t realise how difficult it would be to find a school that teaches karate. I guess you just kind of assume that these places are everywhere. I emailed a few different schools. First school I arranged to go and have a look at, the guy wasn’t there when I went to have a chat with him; that was that one crossed off the list.
Another school that I’d emailed (and given my mobile number to) rang me and they were very keen for me to go down and speak with them. It had a whiff of the hard sell, but I wanted to get started so I went and had an induction, so to speak. It was there they gave the “you can have a month free or get a free uniform and yada yada yada” speech. It worked out at £60 a month and the Dojo was open 5 days a week and not only that, one of my kids could come along on my membership.
So we started; and I have to say to begin with I really enjoyed it. The martial art is Tang Soo Do, which as I understand is very close to Taekwondo. I found it loads of fun and it certainly had a lot of emphasis on athleticism and building that core strength.
However, after a month the guy running the school had the chat with me about putting me on what they call the “leadership” program. This mean that my son and I could join in the full hour (as opposed to just half an hour each session) and would mean we could progress beyond orange belt. Orange was as high as you could go otherwise. Oh, by the way, that’ll mean you’re paying £75 per month now. I figured it wasn’t a huge extra outlay for the sake of doing the full hour…hmmmmm. On top that, I had to buy my lad and me kit to the value of £200 each or else we couldn’t join in on sparring….double hmmmm….Oh and if I threw the best part of £2,500 now they would guarantee us both black belt in three years YES!....although after reading around here....triple hmmmmm....
Well I felt committed now. Of course in hindsight I feel like a proper mug, and this is the main reason why; the belt grades are every two months and they aren’t exams. They are a marker of achievement. You only need to attend four classes to do the belt grades. So that’s an extra £70 every two months (£35 each) to buy the next belt up. Now, I’m a firm believer in the old adage of “you get out what you put in”, so I felt OK doing the belts. We did the first three, and my kicking and punching is OK – nothing amazing but this is only a year in. There were some people (kids included) who just put no effort in to classes or “graduations” and yet, they got their belts too – I don’t mind failing. I like to be tested. I want to be tested! Further, I have two other kids who want to come along with…and I reeeeeally wanted them to come along. But I just couldn’t afford it - £150 per month, plus two extra sets of kit (oh yes…no sharing!) and £140 every two months for graduations. I just couldn’t do it and it was really getting me down. I knew my other two would benefit but I was getting really bad vibes from this school. My instructor freely admitted that the ONLY belt grade you could fail was black belt. Yea, Ill bet! At £300 to do the black belt exam I wouldn’t be surprised – you’re committed and so close….so I started looking around again.
I found a school that teaches a more traditional form of Karate (Shotokan) and went along – my brother joined me as he was quite keen to give it a go. I’ve quit my old school and feel a lot better at the new one.
It’s £100 per month for the 5 of us and they train 7 days a week! We grade every 3 months and you have to have a minimum of 22 lessons to even go for a belt. Remember, my old school was 4. And they don't get you to buy masses of equipment that you will never use (anyone want to buy a brand new pair of bo staffs?).
Of course I asked him “am I actually tested though? Can I fail?” and he assured me that yes, I can fail quite spectacularly!
This last year has got me fitter and a bit more flexible. Yes I’m a white belt again but to be frank, at this stage I shouldn't be much more than a white belt anyway. I already feel better about it, and (all!) my boys have been and love it. I don’t feel depressed about it anymore.
Lesson learnt!

I want to get into competitive sword fighting of some kind. What are my options?

Hi, wma. I'm a 27 year-old male in Los Angeles who's interested in sword fighting as a physical competition. I was hoping that you guys, rather those at Fencing, could help elucidate the options I might have for this pursuit.
If I want to do 1v1 competition with strong institutional support (gyms, tournaments, gear, etc.), I imagine fencing is my best bet, but what other traditions are active? I'm more attracted to the bokkens of Kendo than I am to rapiers, so how does that experience differ? What are the respective cultures like? What else should I know?
(For the record, I have a black belt in Tang Soo Do with both Muay Thai and Kung Fu experience, but haven't trained in years. I did, however, start fitness modeling a year ago, so condition-wise I'm ready to roll.)
Thank you!
[edit] Thank you all so much for the informed responses. This is quite helpful.

Any tips for defense against animals?

I have experience with Krav Maga, Defensive Tactics and Tang Soo Do. One thing that's never been discussed in any of those classes is how to defend yourself against an animal: domesticated or wild. In my part of the US, the most likely animal attack is from a big, mistreated dog whose owner let outside unleashed.
If I had to guess right now, I'd say my best bet is to go for the eyes, throat, and snout with everything I have. Fingers, fists, kicks, and whatever I happen to have on my person at the time.
Are there any other suggestions or common theories about how to best survive a situation like this where deescalation techniques may not work?
EDIT: I'd be especially interested to know what advice to give to kids. This kind of rules out weapons and pepper sprays.

Hello /martialarts! I was wanting to explore the possibility of a traditional Korean martial arts subreddit. This would include all TKMA arts, Hapkido, Tang Soo Do, Kuk Sool, even TKD if you think it could be seen in a traditional light. I practice Kuk Sool with the WKSA. There is no kuk sool sub and there does not seem to be much interest in it alone. /hapkido is my next best bet and it is all but dead. Perhaps if we combined all the TKMA into one sub, it would do better? I don't know, just giving it a shot. Thanks for your time.

Tang Soo Do Terminology tricks hints guides reviews promo codes easter eggs and more for android application. Avoid Tang Soo Do Terminology hack cheats for your own safety, choose our tips and advices confirmed by pro players, testers and users like you. Ask a question or add answers, watch video tutorials & submit own opinion about this game/app. A martial arts instructor who had recently celebrated 10 years since a life-saving liver transplant has died with Covid-19. Rommel Bernarte, 49, a black belt and master in Tang Soo Do died on Gerard Betting is in Zaltbommel gestart met Sportschool Betting en in 1997 is Tang Soo Do Vereniging Pyung Ahn Zaltbommel opgericht. Deze verenging heeft op volle toeren gedraaid tot 2012. Op 1 maart 2018 zijn wij weer opnieuw gestart. Pyung Ahn (koreaans voor vrede en vertrouwen) is een vereniging zonder winstoogmerk. De lessen zijn er op Tang Soo Do is composed of several different styles, including kung fu and Okinawan karate, according to tang-soo-do.org.uk. As well as Tang Soo Do, Julian is also learning mixed martial arts and Gainesville Ga About Blog Rock Solid Karate was originally founded in January of 2001.The style of martial arts we teach here is a Korean art form called Tang Soo Do. We are a part of a worldwide martial association called the World Tang Soo Do Association. We have classes for all ages and ranks. Frequency 1 post / month Blog rocksolidkarate